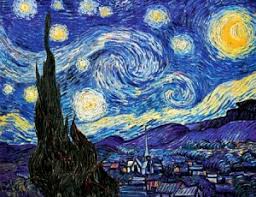 Great news today in the New York Times:  astronomers announced there may be at least three times as many stars as previously estimated.  One astronomer with the knock-knock-joke-ready name of Pieter van Dokkum (this is a challenge I throw out to my husband) says this finding is “problematic,” calling into question current theories about how big other galaxies are and how quickly they formed.  (My favorite part of this article is reading that galaxies other than the Milky Way can have a “blobby” shape.  Let those of us with blobby parts take heart.)

More stars may be problematic for Dr. van Dokkum, but not for me.  I say, more light!  Three times as many stars means three times the light in the universe, and how beautiful a thought is that?

Another astronomer, perhaps more schooled in humility, is quoted as saying, “It’s very important that papers like this are published so that we are reminded how fragile our knowledge of the universe is.”  Amen, brother.  Pass the mystery, please.  In a world where love can be reduced to hormonal urges and evolutionary drives, where life can be cloned, where poets are not read, where magazine articles every month delineate the same formula for happiness—aerobic exercise plus meditation plus gratitude plus a handful of almonds and a pile of blueberries—in such a world more mystery and more awe and more wonder are a cause for celebration.  I hope tonight’s skies are clear (not likely on this gray day, but there’s always tomorrow) so I can look up and be transported.

I’m reminded suddenly of my father.  He was a man intimate with the stars.  He grew up and camped and hiked in the mountains of Colorado, closer to the stars than I’ve ever lived.  Aboard ship in the Navy he studied the stars for years, knew their formations, loved their beauty. As a physicist he studied the stars in a different way, and many a dinner table conversation was dominated by his attempts to explain theories of light and energy in terms of stars.  I don’t remember much of those lectures, but I do remember how often he would expound on why the sky was so full of stars.   “God is profligate!”  he would say.  Today’s announcement would have made him happy.

To celebrate, I turn to the great American poet of celebration, Walt Whitman.  Over 100 years old, his poem “When I Heard the Learn’d Astronomer” seems to have been written just for today’s announcement.

When I Heard the Learn’d Astronomer

WHEN I heard the learn’d astronomer;

When the proofs, the figures, were ranged in columns before me;

When I was shown the charts and the diagrams, to add, divide, and measure them;

When I, sitting, heard the astronomer, where he lectured with much applause in the

How soon, unaccountable, I became tired and sick;

Till rising and gliding out, I wander’d off by myself,

In the mystical moist night-air, and from time to time,

Look’d up in perfect silence at the stars.