A few weeks after the Academy Awards comes another awards event.  Fortunately no one honored is in danger of being insulted by Ricky Gervais.  A perk of not being alive.

Inspired by a New York Times list of the top ten composers of all time (Bach, not Mozart headed that controversial list), University of San Francisco professor and poet Dean Radar posted a ranking of poets.  He solicited lists from readers but in the end made his own decisions.  His rules were that song lyricists wouldn’t count and non-English writers would.  He left out Homer and the Biblical writers because of questions of authorship. 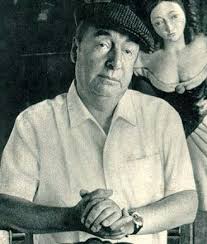 The big surprise is that his number one slot didn’t go to Shakespeare but to Chilean poet Pablo Neruda.  My own experience with Neruda is limited to a couple of quick reads in the library after which I thought, whoa, this guy is too deep for me.  This elevation of Neruda as the greatest poet of all time is a good incentive for me to try a little harder.

You can read Rader’s explanation for his list here.

My goal for the next few months is to poem-elf any of the ten I haven’t yet taken on.  Number 8, Li-Po, who Rader calls “the great poet of drunkenness,” is at the top of my list.  I’ll also try to post the poets he wished he could have included (Eliot, Rilke, Milton, Langston Hughes, Yehuda Amichai). 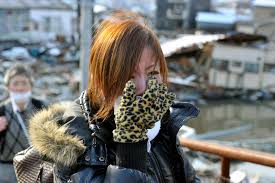 As the news from Japan grows more heartbreaking with every update and video,  I turn to #6, John Donne:

No man is an island

No man is an island entire of itself; every man

is a piece of the continent, a part of the main;

if a clod be washed away by the sea, Europe

is the less, as well as if a promontory were, as

well as a manor of thy friends or of thine

own were; any man’s death diminishes me,

because I am involved in mankind.

And therefore never send to know for whom

the bell tolls; it tolls for thee.