Billy Collins, please save the baby!

According to the guest information directory,

baby listening is a service offered by this seaside hotel.

Baby listening—not a baby who happens to be listening,

as I thought when I first checked in.

Leave the receiver off the hook

and your infant can be monitored by the staff,

though the staff, the entry continues,

cannot be held responsible for the well-being

of the baby in question.

Fair enough, someone to listen to the baby.

But the phrase did suggest a baby who is listening,

lying there in the room next to mine

listening to my pen scratching against the page,

or a more advanced baby who has crawled

down the hallway of the hotel

and is pressing its tiny, curious ear against my door.

Lucky for some of us,

poetry is a place where both are true at once,

where meaning only one thing at a time spells malfunction.

as well as the baby who is being listened to,

quietly breathing by the nearby telephone.

And it also wants the baby

who is making sounds of distress

into the curved receiver lying in the crib

while the girl at reception has just stepped out

to have a smoke with her boyfriend

in the dark by the great sway and wash of the North Sea.

Recently I googled I hate poetry and poetry sucks. (Professional curiosity or laundry avoidance? I leave it to you.)  While not as many people seem to hate poetry as hate Barry Manilow (let’s hope the poor fellow stays clear of internet searches), there’s still a sizable population who loathe and detest la poésie, a French word for poetry that I include to further annoy poetry-haters.   Merely hating poetry is not enough for these folks.  They seem to feel it’s necessary to create t-shirts, bumper stickers, websites, comedy routines and yes, even poems, to announce their feelings.

Online I found three objections to poets and poetry:

Into this discussion let me introduce poet Billy Collins.  Collins is the Shirley Temple of the poetry world, impish, charming, irresistible, a goodwill ambassador come from a misunderstood country, winning over friends and allies with every production.

“Baby Listening” can serve as a response to the three objections outlined above.  To the charge that poets are pretentious and poems impenetrable, I say look how reader-friendly Collins is.  His language is clear, his tone conversational.  Collins has said that poems should “begin in clarity and end in mystery.”  The fact that this poem begins with the poet’s own confusion over the term “baby listening” does not contradict his modus operandi.  From the beginning the reader knows exactly what’s going on:  Collins is reading the directory of a seaside hotel off the coast of England or Scotland.

But even with a writer as considerate and dedicated to clarity as Collins, reading poetry requires effort. Poetry haters are right that poetry isn’t always easy to understand.  We’re used to language that only means one thing at a time, and poetry feeds on ambiguity:

where meaning only one thing at a time spells malfunction.

In the worlds of law, science, math, and cooking, each word’s referent must be crystal clear and singular, else a lawsuit, explosion or failed exam may result.  Collins italicizes the legalistic wording of the hotel’s directory to highlight the difference between poetic and prosaic language.

Poetry’s magic, Collins says, is that all the babies in the poem can exist at once.  The  babies can be associations, connotations, images, meanings, or anything else that flashes in our brains when we read a line.

For example, notice how evocative the poem’s language becomes as we move from the clarity of the beginning to the mysteries of the end.  The baby cries into a “curved receiver.”  The curve suggests a mother, but the “mother” in this case is a girl earning an hourly wage who doesn’t take her responsibilities seriously.  She slips out, also unwatched by a mother (who probably would not approve of smoking and canoodling), to meet her boyfriend, and sex is in the air—

in the dark by the great sway and wash of the North Sea.

The image sets a scene—something out of Local Hero, a favorite movie of mine—but also works to insert danger under the surface of the poem.  The dark ocean is so much bigger and more powerful than the helpless baby and the unhelpful girl that their safety is uncertain.

So why the danger and the darkness?  The poem began with such lightness and comedy, with sweet babies crawling down hotel hallways and pressing little ears to the wall.  Why does the poet have to put one of the babies in mortal danger?  Why, the haters ask, does poetry insist on being depressing?

Collins provides a good answer in an interview he gave to The Cortland Review.  In response to a comment that in a post 9/11 world, people were trying to live life more fully, he said:

Poetry has been saying that for a few thousand years. Seize the day. Do it now. The sense behind that imperative is that we don’t have an unlimited number of days. Television says the same thing all the time—’Everything’s going to be OK.’ Contemporary novels are saying, ‘Things are not OK.’ What poetry is saying is ‘Life is beautiful but you’re going to die.’ So much of poetry asks us to look at life from the perspective that death enhances life.

Which explains why after reading this poem I really wanted to hold a baby again, to kiss its little ears and feet; and why I remembered so sharply what it was like to be a young girl kissing a boy on the beach at night.  It all passes so quickly and then it’s gone forever.

The Chicago hotel I left “Baby Listening” in did not offer baby listening, but they did offer wake-up calls, a service Collins performs in every poem. 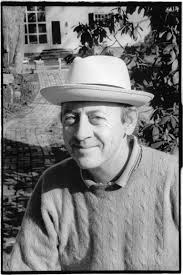 Billy Collins is considered the most popular poet in America.  His readings have been called “the literary equivalent of Beatlemania” and he once commanded a six figure advance for book, almost unheard of for a poet.  He served 2 years as the poet laureate of the United States, and has taught and published in the most desirable of places.  You can hear him read a few poems here, and read a previous Collins’ poem-elfing here.