Running away from dogs

Today I read an article in the latest Rolling Stone about roaming packs of wild dogs in Detroit.  With little money for animal control and deserted buildings, empty lots, and a declining human population, Detroit is being overrun with stray dogs.  (You can link to the article here.)  The writer visits one abandoned home filled with dogs and compares it to Grey Gardens.  Sheesh.  It was one of the bleakest portraits of Detroit I’ve ever read.

Talk about kicking a man when he’s down.

So I‘m happy to celebrate something good that grows in Detroit.  Wayne State University Press recently released four books of poetry in their Made In Michigan Writers Series.  I reviewed one of the books from that series, Detroiter Terry Blackhawk’s The Light Between.  The review is posted on Night Light Revue, a book blog with a focus on Michigan writers hosted by  Megan Shaffer.   You can read my review here.  The Light Between is an antidote to Bad News Detroit, first because it shows that quality has a home here as well as in any other literary center, and second because the poems form a recovery narrative and goodness knows recovery is what we all want even if it’s someone else’s. 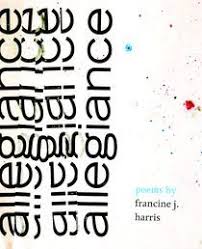 I’ve read but didn’t review another book from the series, Francine J. Harris’ debut collection Allegiance.  Hers is nitty-gritty Detroit, with pimps, gunshots, addicts and the same pit bulls who run loose in the Rolling Stone article. Unlike the article, the book energized rather than depressed me.  The voice is fresh, the language pops off the page.  Harris details a Detroit that’s hurting but fully human.

We’re fast approaching my second annual National It’s High Time to Buy a Book of Poetry Couple of Days, so may I suggest these books for your consideration.  If you’re tired of people tearing down Detroit, here’s a small way to build it up.