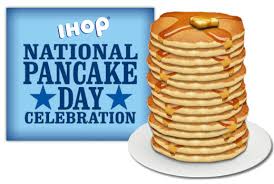 The last thing we need is one more national themed day or month that no one cares about or notices.  But after reading the New York Times magazine this past Sunday, I’m going to suggest a new one.  As I noted last week, April 26 is “Put a Poem in Your Pocket Day.”  The following day should be designated “Smuggle a Poem in Your Pocket Day” in honor of poets who risk their lives to write.

Sunday’s Times features “’Record My Voice, So That When I Get Killed, at Least You’ll Have Something of Me,’” a profile of an Afghani women’s literary collective.  That the article was published during National Poetry Month suggests an irony too bitter to savor:  while the Academy of American Poets tries to charm, challenge and otherwise cajole Americans into reading poetry, women in Afghanistan face grave danger for writing it.

Women in rural, Taliban-controlled areas must compose poetry in their heads– putting poems to paper could lead to beatings—and “publish” by calling in their work to a hotline.  Poems are then transcribed and shared with other women poets.  One young poet was beaten by her brothers when she was overheard reciting her poems on the telephone.  She later set herself on fire and died.

Sad and angry as the article left me, some of the poems made me smile.  I’ll share two I especially enjoyed.

The first is a biting four-line poem addressed to the Taliban.  The poet is all of fifteen years old:

You won’t allow me to go to school.

I won’t become a doctor.

One day you will be sick.

The second is from a 22 year-old woman whose father married her to an old man when she was a young teen:

Making love to a limp cornstalk blackened by fungus.

Take that, you old goat.