The Poet and the Movie Stars

The other day I posted but didn’t analyze a poem by Carl Sandburg.  (The poem begins Hog butcher for the world, which might be a fun way to answer the phone when telemarketers call.)

Did Carl Sandburg’s name ring a bell with you?  If you experienced not a clang but only a faint tinkle from far back in your school days, try this to jog your memory:  fog in the harbor . . . little cat feet…are you with me yet?  If you could open your middle school or high school textbook to the section introducing metaphor, there you’d find Sandburg’s little poem “Fog”:

over harbor and city

and then moves on.

If his name is still unfamiliar, perhaps you’ll recognize his face, or at least an interpretation of his face.

Which brings me to a question.  What do you get when you cross-breed Carl Sandburg, Albert Einstein and a pug? 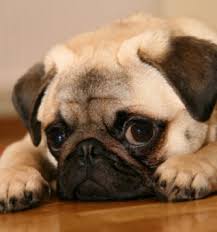 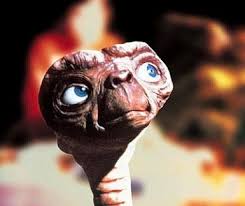 Yes, according to internet sources (and not just Wikipedia), Steven Spielburg used those distinctive mugs to create E.T.  I don’t see it myself—maybe there’s a little something in the mouth—or maybe there’s something kindly and innocent in the poet’s face that is picked up in the alien’s.

Sandburg had another claim to fame (although in his own time he was famous in his own right). Sandburg revered Abraham Lincoln and wrote a 4-volume biography of him.  Marilyn Monroe was also a fan of Abe’s. (“I think of Lincoln as my father,” she said once, “he was wise and kind and good”—how heartbreaking is that?)  She kept a framed picture of Lincoln in her apartment and read Sandburg’s biography, often carrying it around. Nine months before she died, Monroe visited Sandburg.  He wrote about their meeting in the most gentlemanly terms:

She was a good talker. There were realms of science, politics and economics in which she was wasn’t at home, but she spoke well on the national scene, the Hollywood scene, and on people who are good to know and people who ain’t. We agreed on a number of things. She sometimes threw her arms around me like people do who like each other very much.

The photos of their evening together are lovely.  You can see more here.