Poems for the revolution 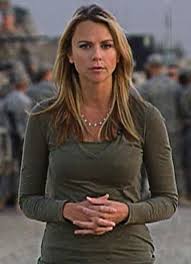 The brutal assault on journalist Lara Logan during the Tahrir Square celebration of the Egyptian revolution shocks and repulses. (Surrounded by a mob of 200 men, Logan was separated from her crew, stripped and beaten.  A group of Egyptian women and soldiers came to her rescue.)   Some shocking and repulsive reactions to her ordeal (cruel posts from certain bloggers and the fact the Washington Post originally reported the story in its Style section) caused me to examine my own reaction.  Would I feel as upset to read of the similar treatment of an Egyptian female journalist?

It’s not that I wouldn’t be outraged if this happened to someone veiled and not blond, but I wouldn’t be as shocked.  I’m not saying that Egyptian men are running around  raping women left and right—-in fact there’s now a Facebook page for Egyptian men to apologize to Logan—but the oppression and suppression of women in Arab countries isn’t news.  It’s everyday life.

We can only hope the revolutions sweeping across Arab countries begin a women’s revolution the likes of which the world has never seen. Nicholas Kristoff and Sheryl WuDunn, who together wrote a book on women in third world countries called Half the Sky, consider improving the rights of women in poor nations to be THE moral imperative of our time.  They write, “In the 19th century, the paramount moral challenge was slavery. In the 20th century, it was totalitarianism. In this century, it is the brutality inflicted on so many women and girls around the globe: sex trafficking, acid attacks, bride burnings and mass rape.”

To celebrate the Egyptian revolution and to show solidarity with Arab women who hope for a better life, I’m posting poetry written by Arabic women.  It wasn’t easy to find.

There’s not much published on the internet and a lot of what I did find wasn’t translated. I don’t make any claim that these poems are representative of Arab poetry written by women. I just liked each one very, very much. 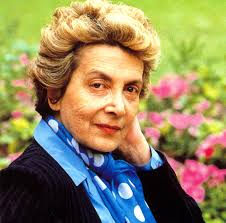 The first is by Andree Chedid, considered a French-Arabic poet, who only just died Feb. 6, at age 90. She missed Mubarek’s resignation by days.  Born in Egypt of Syrian and Lebanese descent, educated in Europe, she moved to Paris after WWII.  In a sense she isn’t a “pure” Arabic writer, but her work focuses on life in her home, not adopted, country.

From the small sampling of Arabic women’s poetry I encountered, I was enchanted with the sensuality.  The poem below is no exception. Chedid paints the ever-patient woman as a locust-like creature, emerging from a shell to begin her life.

In the flowing sap

In her growing fever

Cracking out of her shells

Sliding out of her skins

Clasping her most tender flesh

The next poem is by Iranian poet Nahid Kabiri.  Even though it’s long, take time to read it.  The translation may not be the best, but the message is still powerful, the images haunting.  I love the part where she imagines the freedom of sitting in a far-off field perched in a “lonely tree.”  The longing for freedom is so intense that she describes it with sexual language—surrender, love-whisper, warmth of my body. Reading “Authorized Demand” reminds me of the everyday freedoms and rights we western women take for granted.

May I open the windows of my heart

to the tender affections of light?

And at least from distance far,

look at the beauties of life?

May I be myself- a woman…

And from the three hundred sixty five days of the year,

for only one day be

from all your “must”s and “must not’s free?

May I just have my natural liberty

of lying on the green grass…

And even more generous than the Sun

give the expectant soil

the warmth of my body and soul?

Or, in the fields yonder,

perch on a lonely tree

to sing in wilderness

and harmony with rivers ,

of all my love-whispers with the rain,

surrender to a long – sought liberty?

May I for only a while in your prescribed society

be spared the pangs of

May I, if you graciously give me the right,

And in fascination of the bold verses of Mutiny,

the gripping enchantment of a kiss ,

and the absorbing radiance of Freedom,

from the hardships of housework,

exclusively imposed on the feminine?

May I, for some moments of relief, leave

the needle and the thread,

the clothes and the iron,

the kettle and the stove,

And under the endless skies of romance,

with those lovely moments of sense and intelligence,

which your “CODE” has ever denied me?

May I say “hello” to a neighbor one day?

Or knit a muffler for a passerby

from the strings of my suppressed tears?

And may I migrate without a “permit”

to the altar of roses

yonder there – in the scented fields of spring?

May I then laugh in ridicule at whatever here ?

And tell in your face :

And the justice you believe in,

is indeed a disgrace !