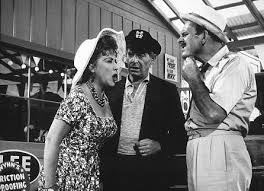 To write my last post I had to look up the cast of It’s a Mad Mad Mad Mad World.  I came across an amusing bit from the script.  Terry Thomas, playing his usual upper-crust Englishman equal parts outraged and dastardly, serves up this rant on an American obsession:

“As far as I can see, American men have been totally emasculated — they’re like slaves! They die like flies from coronary thrombosis while their women sit under hairdryers eating chocolates and arranging for every second Tuesday to be some sort of Mother’s Day! And this infantile preoccupation with bosoms. In all my time in this godforsaken country, the one thing that has appalled me most of all is this preposterous preoccupation with bosoms. Don’t you realize they have become the dominant theme in American culture: in literature, advertising and all fields of entertainment. I’ll wager you anything you like that if American women stopped wearing brassieres, your whole national economy would collapse overnight.”

It’s dated but familiar.  The idea of American men slaving to keep their castrating wives happy under hair dryers nibbling away on chocolates wasn’t true even in 1963, but the misogyny of Thomas’ character is still a ”dominant theme in American culture,” as anyone who watched Superbowl commercials will attest.  Thomas’ scenario has echoes in the Teleflora ad in which someone named Adriana Lima lasciviously explains Valentine’s Day to men: “Give and you shall receive.”  And the Dannon lady who head-butts her partner to get the most yogurt is a younger and prettier version of Thomas’s nemesis, Ethel Merman.  Screeching her way towards the buried treasure, Merman repeatedly thrashes the men in the movie with her hefty pocketbook.

Few would dispute Thomas’ characterization of our national bosom obsession, but some might—politely—point out that the English have a reputation for a juvenile preoccupation with buttocks.

Jeez, look at me, sucking out all the humor.  I don’t mean to.  Dated or not, his speech makes me laugh. Say prepostorous preoccupation with bosoms with an English accent.  All that spit and all those bilabial plosives!  Funny!  Bosom is a great big fun word.

In defense of my adolescent sense of humor:  growing up we prayed the Stations of the Cross in our living room every night during Lent.  This was a solemn activity, often a dreaded one, at least until we got to the 13th station, Jesus is Taken Down From the Cross.  We took turns reading and if the 13th station landed on you, rather like hot potato, you would be required to say a very embarrassing phrase out loud.   Usually the reader would start giggling and be unable to complete the reading and then everyone else would start sniggering.  After three or four attempts to say it without laughing, we gave up and my mother took over.  “And pressed Him to her BOSOM,” she would say firmly, trying to sound unamused, which was about the funniest part of all.

Forevermore, “bosom” is my word of choice for describing mammaries, even though my kids cringe when I say it.  “Boob” is just too coarse and  “breast” has too many associations with cancer for a bosom-less gal like me.

One last bosom story:  I fondly remember my husband’s uncle reminiscing about his wife in a party dress when she was a college student:  She had a lovely bosom, he sighed.