At last we are near

our coats, the gray husk

of winter.  Each tree

dress of spring. I am

aware now of its coming

as I’ve never been—

I feel what trees must—

that no longer fits.

For those of us in Michigan, the first day of spring is always a matter of faith.  This year especially, after a record-breaking winter and too many visits from the Polar Vortex, we have to believe in what we don’t see. The vernal equinox is here!  If you measure by hours of sunlight and not the greening of the earth, you can celebrate with these lines from Natasha Trethewey’s poem “March, 1912”:

At last we are near

Those are joyful words to me, words to carry around like a tiny solar cell under my coat.

It was seven degrees when I left the poem on a tree at a nature center a few days before the official start of spring. Buckets hung on the sugar maple trees like fanny packs, ready to collect the sap that was purportedly rising.  A maple syrup demonstration was scheduled for two days after I left the poem, and I hope the wind didn’t take it before then.  It’s a beautiful reminder for all spring-starved Michiganders that under the snow, a big sexy earth is ready to explode.

Unfortunately, the only throbbing going on after I left the poem was my frozen fingers thawing when I got to the car. But there were birds, in the sky, as song goes, and I never would have seen them winging (or heard them singing) if I hadn’t spent time with Trethewey’s poem.

“March 1912” is taken from Bellocq’s Ophelia, a collection of poems inspired by E.J. Bellocq’s photographs of prostitutes in the early 1900’s. (You can see the photographs here.) Tretheway imagines one of Bellocq’s subjects as a mixed race woman named Ophelia.  Ophelia, originally from Mississippi, turns up at a New Orleans brothel after she can’t find other means of supporting herself. The poems read like chapters in a novel, and Trethewey creates a fascinating character in this underground world. 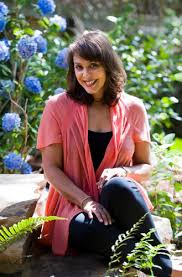 She was a freshman in college when her mother was murdered by her second husband.  Trethewey started writing poetry after her mother’s death as a way to deal with her grief.

Among the many awards she’s received, Trethewey has won the Pulitzer Prize and fellowships from Guggenheim Foundation and NEA. She was appointed the U.S. Poet Laureate in 2012, a post she still holds.  As Poet Laureate, she has partnered with PBS to produce the show “Where Poetry Lives.”  Link here for an inspiring episode about poetry in Detroit schools, featuring Detroit writer Peter Markus.

She is the director of creative writing at Emory University, and lives in Georgia with her husband, a historian and fellow professor at Emory.  I just found out she’s coming to Detroit next month.  She’ll be reading at Marygrove College on April 4.  Link here for details.  I’m crushed that I’m going to be out of town that date, but if you go (lucky you), send regards from Poem Elf.