Last Friday night my youngest daughter went to her first high school dance.  Her date was a boy whose mother died when he was three, a fact which partly explains his unusual attire.  All the other boys wore prep-school navy blue blazers, khakis and loafers; he sported an ill-fitting tuxedo, black skater sneakers and a hairdo that was probably an homage to Justin Bieber but could also have been an art installation in the Museum of Facial Shrouding. 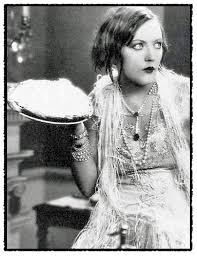 I thought he looked adorable, all the more adorable because his outfit was a collaboration between a single dad and a mildly rebellious teen.  Not everyone agreed with me.  At picture time I overheard one mother say to another with obvious scorn, “Who’s the kid with the hair?”

All at once I couldn’t look at the boy through my camera lens without seeing also how he looked through hers.  Ugh. It was a moment that called for a cream pie.  To be smashed in her own color-treated, straightener-heated, thousands-invested, wowzy- brown tresses.

I had a similar reaction the other day to a comment I read online about a person I admire.  Regular readers of this blog know that I recently fell in love with Professor Helen Vendler after my mother gave me Vendler’s book on Emily Dickinson’s poems. Besotted, I’ve been reading everything about her I can find, which is how I came upon poet Donald Hall questioning her ability to separate good poets from bad.  She’s smart, he said, but she has no taste.

Well, phooey.  I don’t know enough about either Donald Hall or Helen Vendler to assess the accuracy of his judgment.  But his comment sticks with me and clouds my reading of her.  From now on, however much I enjoy her prose, I will always think in the back of my mind that she doesn’t measure up.  And that I don’t measure up for liking her.

Those two incidents have me thinking about spoilers.  We’ve all experienced being entranced with a book, a song, a restaurant, maybe even a poem, and then someone—a critic or a culturally superior friend—calls it crap.  And enjoyment gives way to disillusion and perhaps humiliation.  When I was young I spent many hours pouring over a set of Reader’s Digest Condensed Books. I loved the illustrations, the gold lettering on the cloth binding, all of which made me think I was reading important literature. Then one day my brother came home from college and quoted his professor:  “’I don’t read Reader’s Digest.  Nor do I eat bullion cubes.’”

I’ve been a spoiler myself, often enough to be called a snob at best and a social moron at worst.  What motivated me to slam Bridges of Madison County to a devoted fan?  To  flare my nostrils when I saw Berenstein Bears books at another mother’s house?  To say, without irony, “The movie’s okay, but not nearly as good as the French version”? My kids often say my answer to every question about why people behave as they do is “insecurity,” and I won’t disappoint them now.

I’m not saying that all taste is relative, blah, blah, blah.  Of course there are works that are better and works that are worse. With education we learn to discern, to discriminate.  I’m just wondering why I feel it’s always necessary to spoil other people’s pleasure in an experience.

British novelist Penelope Fitzgerald has a great line about spoilers.  She gives the line to a comic character in her novel Innocence, Dr. Salvatore Rossi, an intemperate fellow who operates under the delusion that’s he’s perfectly reasonable. Arguing with his friend, Salvatore announces, “The sole task of the intellectual is to make people despise what they used to enjoy.”

Please note that I have no respect for the Fox-News-block-views-Sarah-Palin-wear-a-veil-n-sneer-at-smarties-fear-opposing-parties anti-intellectual bilge.  I like to think that someone who knows more about something than I do can increase my enjoyment, not kill it.  But there’s truth in Fitzgerald’s words that I hope I remember the next time someone pushes a book on me that doesn’t meet my literary standards.

Besides, if we culture snobs are too invested in our own critical abilities, we risk coming off as mere poseurs.

Watching a advertisement for an upcoming DVD sale, my son said, “Inception is a masterpiece, don’t you think?”

“I wouldn’t exactly call it a masterpiece,” I said.

“Why?  What would you call a masterpiece?”

I ran through my file of classic movies–Citizen Kane and—and—uh–and–every foreign film I’ve ever seen.  I realized I had nothing to say.

I had just ruined the movie for him.  For no good reason I stomped out that first glow of discovery.  Chill, I should have thought.  “Mmmhmm,” I should have said.  In time, with exposure and interest, his taste will develop.  All without my unsolicited commentary.