How I almost headlined at the MLA convention

other night I made a discovery at the library.  It was the most excited I’d been at the library since I got a $25 fine waived by a sympathetic clerk who had no knowledge of my shameful history of overdue books.

My heart was pumping happily along as the discovery unfolded before me, until I realized that my discovery had absolutely no significance.  It explained nothing, it made no connections worth pondering, it advanced human knowledge nary a hair’s breadth.  It was in fact mere coincidence.

What I “discovered” was along the lines of the intriguing similarities between Lincoln and Kennedy that used to get passed around among middle-schoolers.  (This list was surely propagated by someone who wanted to lend Kennedy the air of Lincoln’s presidential greatness by making comparisons such as this one: Lincoln was shot at Ford’s Theater; Kennedy was shot in a Lincoln, made by Ford.)

I was leafing through Harold Bloom’s new anthology of last poems (Till I End My Song).  I skipped over most of the poems because they were a little depressing and harder to read than I had energy for, spending time instead with Bloom’s brief biography of each poet. When I got to English Romantic poet Samuel Taylor Coleridge, I had a eureka! moment (which as I’ve said, ended up being a ur-a-quack-er moment).  Coleridge had much in common with a writer who was born almost exactly 100 years later, Stephen Crane, who I had just poem-elfed. 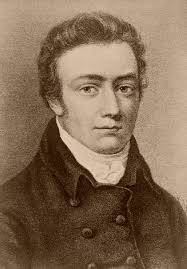 Both men were both plagued by lifelong money and health problems, but that was not unusual for writers in their time.  What rises to the level of coincidence is this:

Drum roll for my favorite coincidence:

File under Useless Information and enjoy your weekend.