With all the blahblahblah about Chinese mothers and the ensuing defense of western ones, perhaps it’s time for a dose of multiculturalism that goes down easier.  I’m posting poems, previously unpublished, written not only by novice poets, but by novice poets writing in a non-native language.  How amazing is that!  It’s akin to me writing a duet for the tuba and cowbell or attempting to sew draperies.

My sister Ceci has been teaching ESL (English as a Second Language) for 15 years, and this fall for the first time introduced a poetry unit to her conversation class.  Her class is diverse in every way:  hailing from Japan, South Korea, Russia, Brazil and other points around the globe, they range in age from 19 to 78.  They worship in synagogues, Buddhist temples, churches, mosques, and nowhere at all; they work as mothers, small business owners, babysitters and wait staff; some have high school degrees and others PhD’s.  She asked each of them to write an imitation of Carl Sandburg’s “Chicago.” Here’s Ceci’s description of the project:

No matter where we currently live, we all yearn for a place that nourishes our inner spirits, excites our senses, feels comfortable, and challenges our minds.  The ESL students at the Patty Turner Center have found such a place in their Conversation Class.   The classroom becomes home to many who are so far from the land of their birth. Friendships have been made and borders do not exist. And yet the heart tugs for the memories, the attachments, and the pride in one’s native country. This newsletter contains Imitation Poems that my students wrote about that special place in their hearts after reading and studying Carl Sandburg’s famous American poem,“Chicago.”  For many students, this was the first poem ever read in English and for all it was the first attempt to write a poem in their non-native language. They felt Sandburg’s pride in Chicago through the power of his words. And I hope you feel their pride in the places they call home through their words in English.

I applaud their efforts and congratulate them on challenging their minds and thank them for sharing that place that nourishes their spirit, excites their senses and feels comfortable. 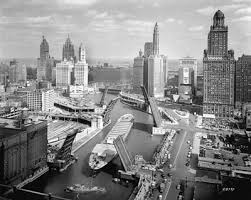 HOG Butcher for the World,
Tool Maker, Stacker of Wheat,
Player with Railroads and the Nation’s Freight Handler;
Stormy, husky, brawling,
City of the Big Shoulders

They tell me you are wicked and I believe them, for I have seen your painted women under

the gas lamps luring the farm boys.
And they tell me you are crooked and I answer: Yes, it
is true I have seen the gunman kill and go free to kill again.
And they tell me you are brutal and my reply is: On the
faces of women and children I have seen the marks of wanton hunger.
And having answered so I turn once more to those who sneer at this my city, and I give them back the sneer and say to them:
Come and show me another city with lifted head singing so proud to be alive and coarse and strong and cunning.
Flinging magnetic curses amid the toil of piling job on job, here is a tall bold slugger set vivid against the little soft cities;

Fierce as a dog with tongue lapping for action, cunning as a savage pitted against the wilderness,
Bareheaded,
Shoveling,
Wrecking,
Planning,
Building, breaking, rebuilding,
Under the smoke, dust all over his mouth, laughing with white teeth,
Under the terrible burden of destiny laughing as a young man laughs,
Laughing even as an ignorant fighter laughs who has never lost a battle,
Bragging and laughing that under his wrist is the pulse.
and under his ribs the heart of the people,
Laughing!
Laughing the stormy, husky, brawling laughter of
Youth, half-naked, sweating, proud to be Hog
Butcher, Tool Maker, Stacker of Wheat, Player with
Railroads and Freight Handler to the Nation.

And now here’s one of the imitations, the only one I’ll post in its entirety.  This one’s by Vladimir K. of Lviv, Ukraine.

Coming true dreams and every street a legend

Magic power, aura of the Middle Ages and Renaissance

They tell me you are ancient and crowded and I believe them, for I have seen cars that could not pass through narrow paved streets.

And they tell me you are crooked and I answer, yes, it is true I have seen a policeman take a bribe and let a killer go free.

And having answered so I turn once more to those who sneer at this my city, and I give them back the sneer and say to them:

To be alive and standing strong after many battles, invasions, fires, and floods.

Every time, fierce as a dog with tongue lapping for action,

Since the founding of the legendary streets of old times, it’s a piece of Earth that your soul seeks.

Smiling and welcoming to new visitors

Proud to have unforgettable views, architectural monuments, museum-town, coming true dreams and every street a legend, magic power, aura of the Middle Ages and Renaissance

Vladimir’s poem is an interesting contrast to Sandburg’s.  Sandburg’s Chicago is brand-new and building itself from the ground up, a young man bursting with muscle and plans.  Vladimir’s Lviv is ancient and battle-worn but still working it, not giving up, more like a man with too much energy to retire.

I’m not sure what “Carpathian air” is, but I want to breathe it.  Vladimir, thanks for sharing your love of your hometown with everyone.

Tomorrow I’ll post excerpts from a select few of the other poems.  But to everyone in Ceci’s class, a hearty congratulations!  Felicitanciones! Omedetou! Herzlichen Glückünsch! Chucka hehyo! Salem!  Your poems were a delight to read.